Jūratė and Pranas Varkojai, who produced their first machine loom themselves and founded JSC „P. Varkojis ir Ko“ in 1994 in Kurmaičiai near Kretinga, better than anyone else know the reason why windows, doors and furniture make the house more cozy, and also help people live healthier and be happier.

The Best Windows Are From Wood

Tree is the symbol of nature and also the oldest building material in Lithuania. It radiates warmth and comfort; thus, people who cherish real values usually build houses, install wooden windows and doors. Timber, is able to ‘breathe’, absorb moisture from the environment and give it away when the air becomes too dry; moreover, it creates unique cozy home atmosphere on which one’s well-being depends. “There is no need to look for advantages to compare wood and plastic as they have already been set,” says Mrs J. Varkojiene the production manager in JSC “P. Varkojis ir Ko” who still hears discussions in Lithuania about what is better – wooden or plastic windows.

Windows are the construction of a building that performs most functions. They keep away cold, wind, and sound, let the light and fresh air in. They have the biggest impact on the indoor climate. Since windows have extremely high quality requirements, a new generation of wooden windows was created using advanced technologies – wood processing and drying were changed, windows are made of three layer waterproof laminated lumber

Window profile has also changed: instead of the double window frame with separate glass the single window pane  is used, two sealing gaskets are mounted in a sach. In order to protect windows from the influence of atmosphere a new paint system has been created. Having extensive experience and investing over two million litas last year into new technologies, the inhabitants of Kurmačiai are confident of their production quality.

JSC “P. Varkojis ir Ko” is the oldest wood processing company in Lithuania that for sixteen years has been producing wooden windows, doors, furniture and even 60 models of small garden houses. The company felt the first signals of economic recession when no one even spoke about that; therefore, the company’s executives acted quickly and decisively and in January 2009 started producing new European standard wooden windows with 92 mm thick frame. Their glass pane thickness is 48 mm. The thermal transmittance coefficient of such panes is U = 0.5 W/(m²·K); and the window thermal transmittance coefficient is U = 0.87W / (m·K).

The thickness of the glazing unit is 48 mm, the thermal transmittance coefficient of which is U = 0.5 W / (m² · K). U is one of the most important parameters of the window, which indicates the amout of heat going through the window in 1 m² in 1 hr at the difference of internal and external temperatures of -1ºC. The lower the coefficient, the less energy is needed to heat buildings, the smaller structures of heat loss, less fuel is burned, less emission, cheaper building maintainance and so on.

According to Mrs J. Varkojienė, due to exceptional technical and engineering solutions, 92 mm thick wooden frame holds heat inside very well, is environmentally friendly and durable. In addition, the thick frame windows are only a tenth more expensive than conventional windows with 68 mm thick frame. According to the director, the small difference in price pays off very quickly because after installing the warm windows the heating costs are significantly reduced.

“Our produced windows are so warm that they perfectly fit for the ‘passive house’. These are so call houses diligently built in Scandinavian countries that lose little heat and in such a way minimize costs of heating and hot water,” claims the specialist. Considering the growth of interest from customers in the Nordic countries, at the end of 2009 the company started to produce even tighter windows. Due to purchase of new modern tools that help put a thicker – 34 mm double-glazing unit, “P. Varkojis ir Ko” reached a new record of the coefficient of thermal conductivity – the coefficient of such windows U is 1.1 W / (m²·K). The new product differs from the previous windows only in thickness of sash and glass package but the thermal properties of Scandinavian window are more efficient by 30 per cent.

Wood Is Chosen In Winter

New technologies were introduced by the company just to produce the warm windows. Italian equipment, which is used to process the glued beams to produce all window parts, was installed at the company’s production workshop. By improving technologies, the main production workshops have been equipped with efficient irrigation equipment. It ensures that all rooms are maintained at 10-12 per cent humidity; therefore, the wood does not crack nor curl and the staff enjoyes breathing fresh air all the time. Reliability of the products are also provided by the high-quality Swedish paint and varnish. The windows binded by the German company “Roto Frank” easily open and close at any time of the year.

“We can guarantee the highest quality and durability of the windows as we ourselves supervise the process of processing wood, manufacturing and installing of windows,” says J. Varkojiene. Being confident that pine wood grown in the conditions of Lithuanian weather is the best for the Lithuanian house, in winter the staff meticulously selects approximately 28 cm thick pine logs and buys the amount sufficient for the following year. Although it requires considerable investment locked for a long time, there is no other choice – pine wood cut down in summer or spring is not suitable for manufacturing of windows.

The best windows, according to the director, are made of glued wood beams. Three layers of glued beam is extremely durable and resistant to deformation, because it is bound by the radial cutting boards by using a moisture-resistant adhesive. Because it totally does not leave the branches, such beams do not have even the smallest chance to bend, rotate or split lengthwise and the outer layers of the radial or semi-radial cutting protect the surface of a window or door from cracking. According to the local carpenters, for making windows, the glued three layers of pine, which are removed from the branches, resins and small divisions, or three layers of solid pinewood – the choice of wood without knots – resin and cleavage beam, fit the best. To the warm part of the window the four-layer beam is applied – this leads to even better thermal conductivity properties. 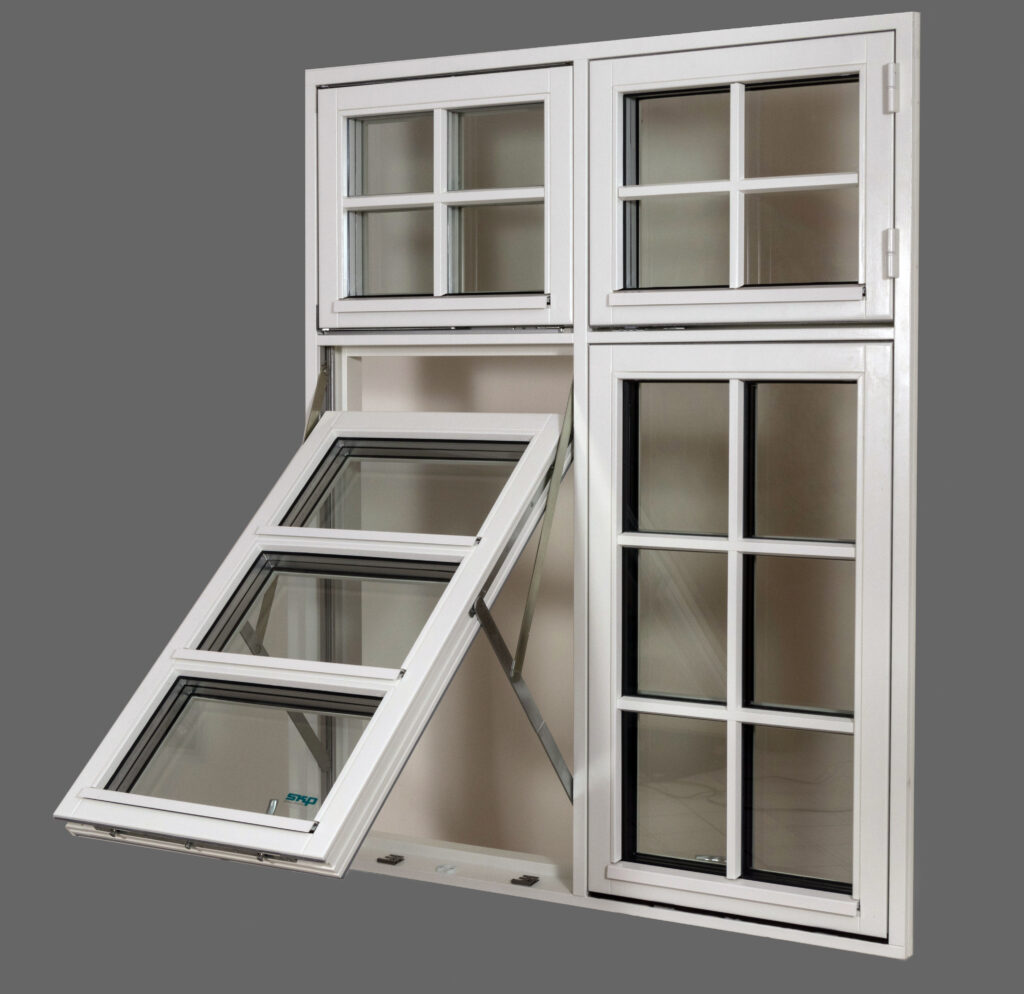